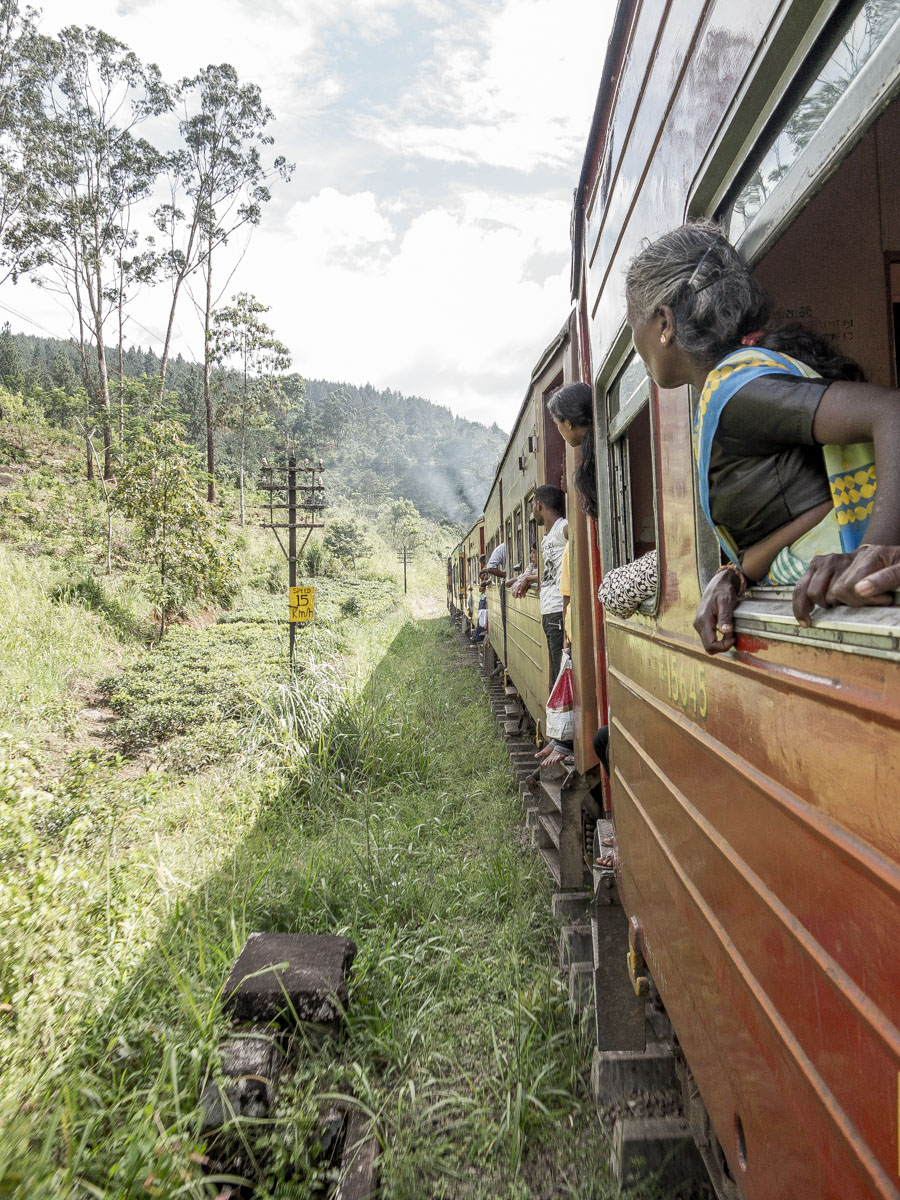 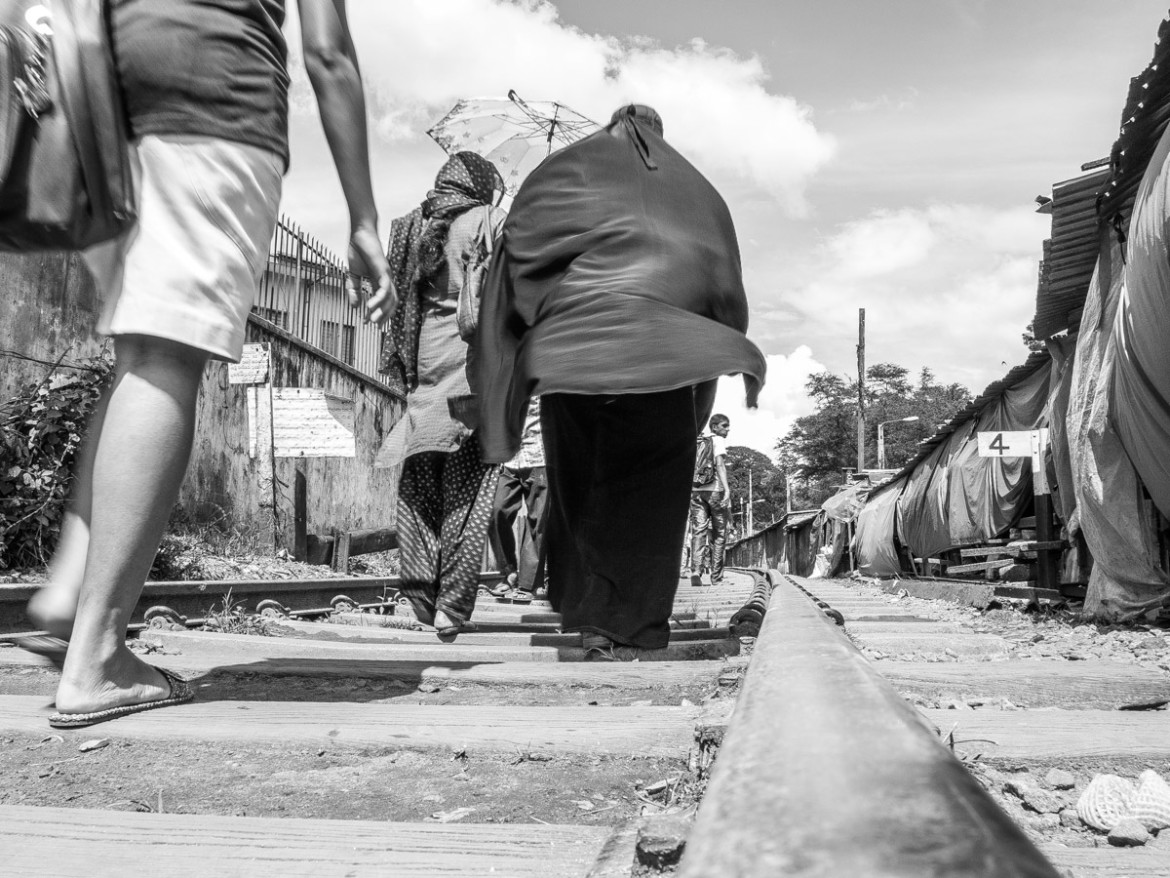 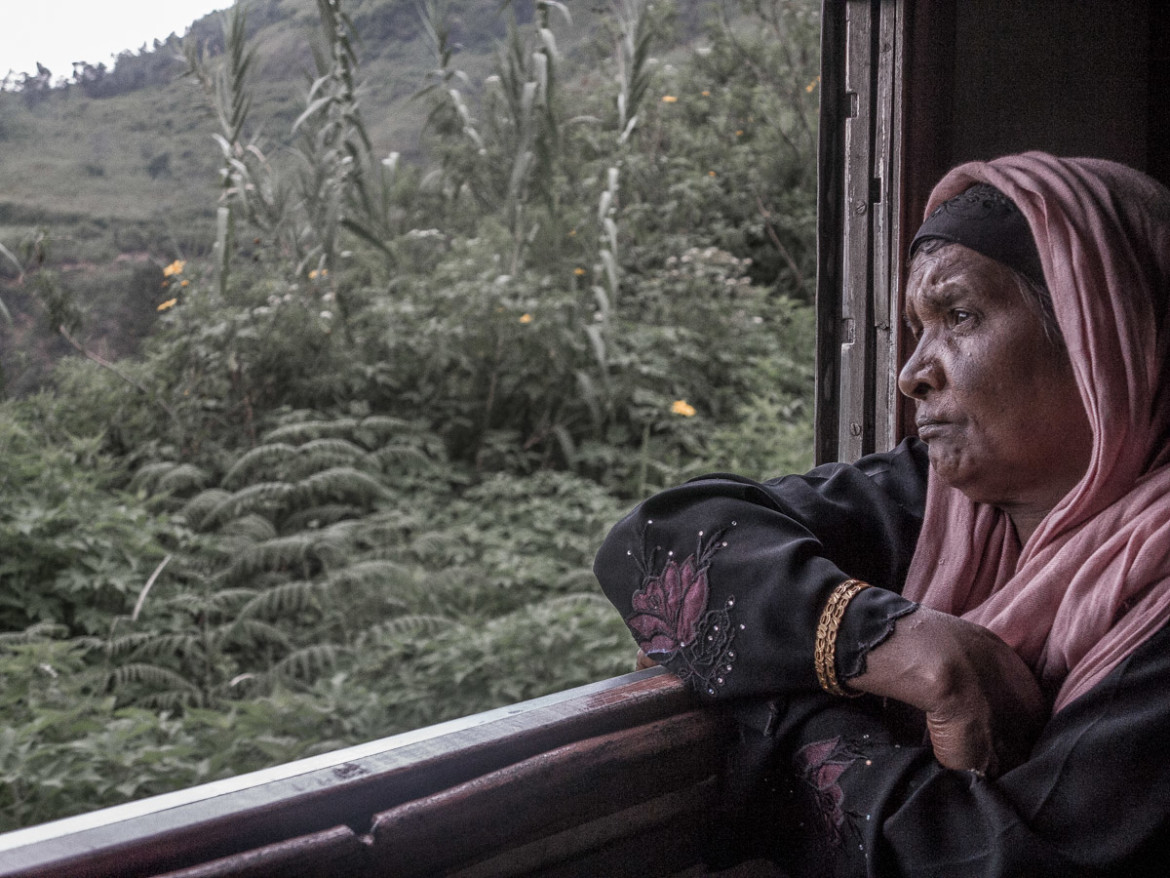 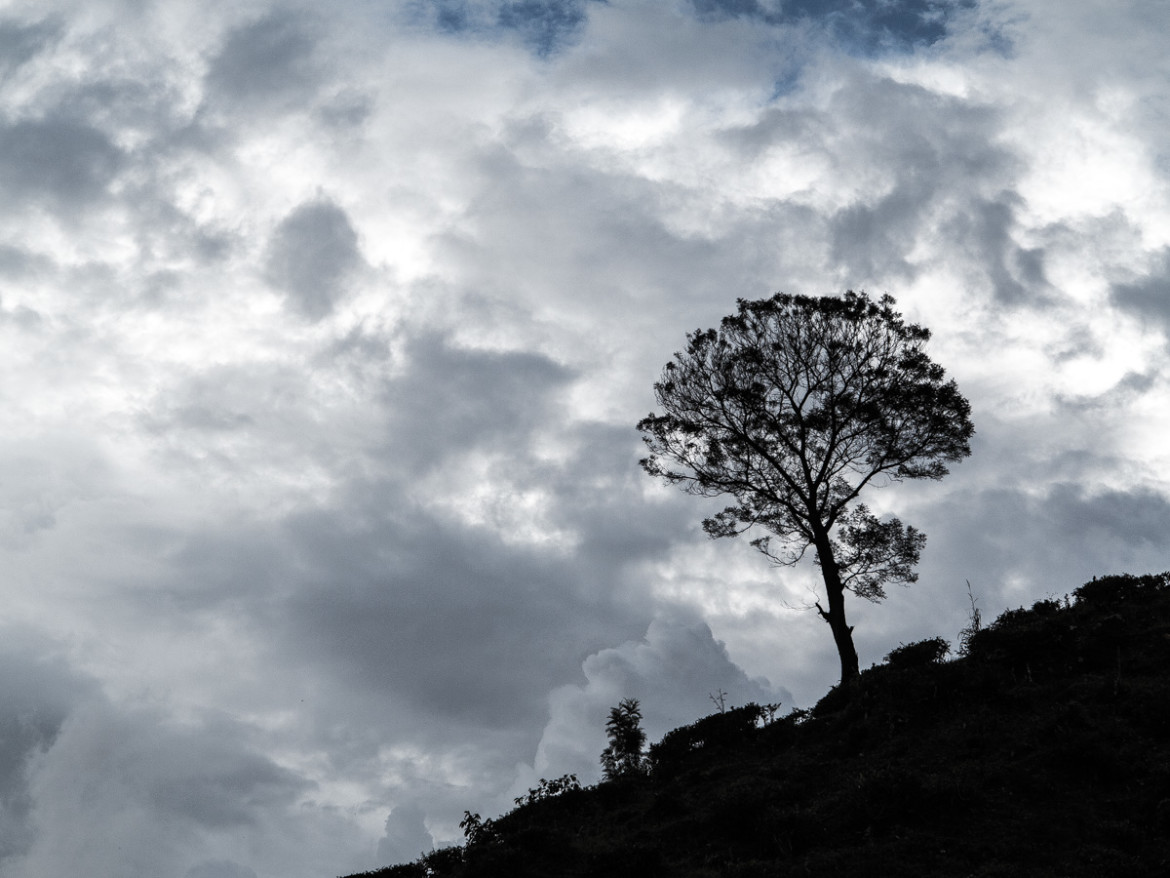 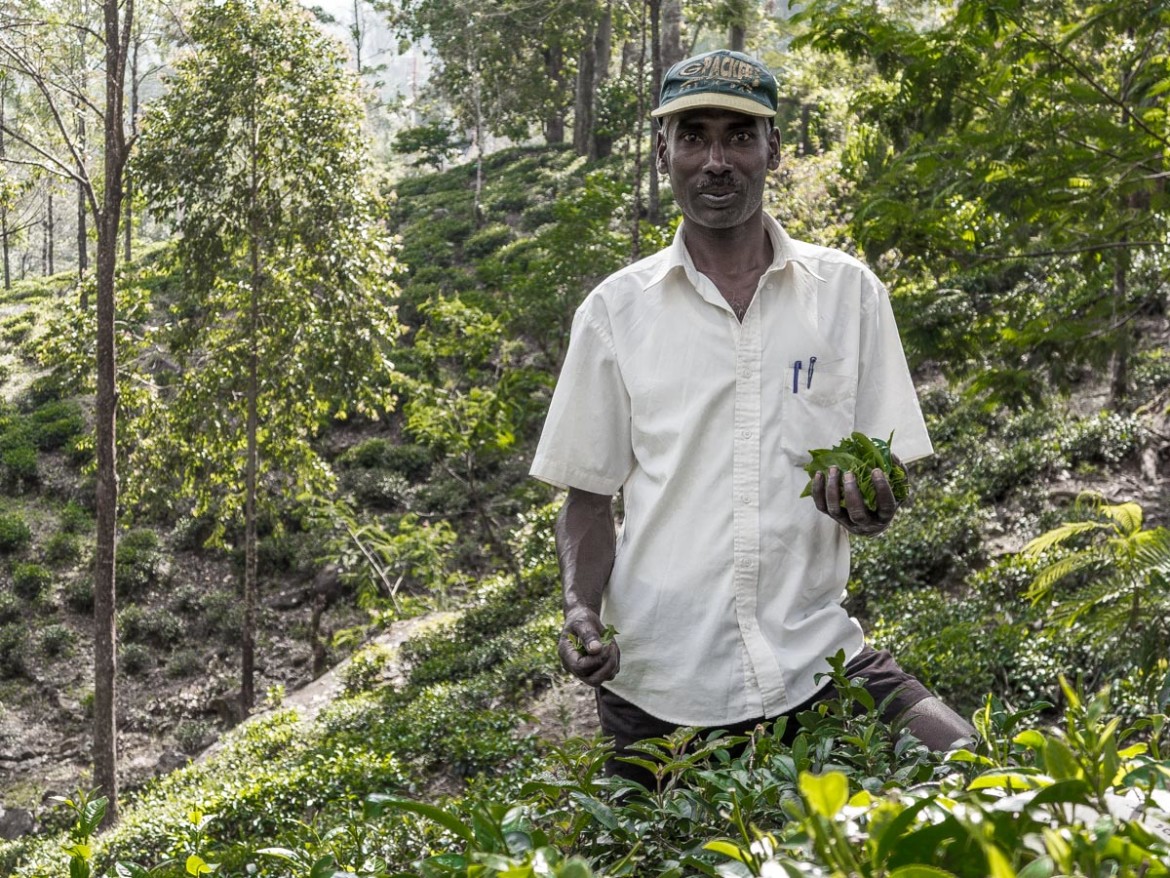 Directly and indirectly, over one million Sri Lankans are employed in the tea industry. A large proportion of the workforce is young women and the minimum working age is twelve. As tea plantations grew in Sri Lanka and demanded extensive labour, finding an abundant workforce was a problem for planters. Sinhalese people were reluctant to work in the plantations. Indian Tamils were brought to Sri Lanka at the beginning of the coffee plantations. Immigration of Indian Tamils steadily increased and by 1855 there were 55,000 new immigrants. By the end of the coffee era there were some 100,000 in Sri Lanka. Young girls typically follow their mothers, grandmothers and older sisters on the plantations, and the women are also expected to perform most of the domestic duties. They live in housing known as "lines", a number of linearly attached houses with just one or two rooms. This housing system and the environmental sanitation conditions are generally poor for laborers in the plantation sector. There are typically 6 to 12 or 24 line rooms in one line barrack. Often rooms for laborers are without windows and there is little or no ventilation and as many as 6 to 11 members may often live in one room together. In the housing system for plantation workers in Sri Lanka, women and girls have no privacy from the male workers, which places them at a higher risk for sexual harassment. In June 2007, a study conducted in the Nuwara Eliya tea growing area revealed that the serious lack of privacy has led several women to commit suicide, especially newly wedded women. According to studies by Christian Aid, the female Indian Tamil plantation workers are particularly at risk from discrimination and victimization. Some concern towards women's rights have been made in regards to the female plantation workers in Sri Lanka, resulting in some 85 neighborhood women's groups being formed across the country, educating them in gender, leadership and preventing violence against women 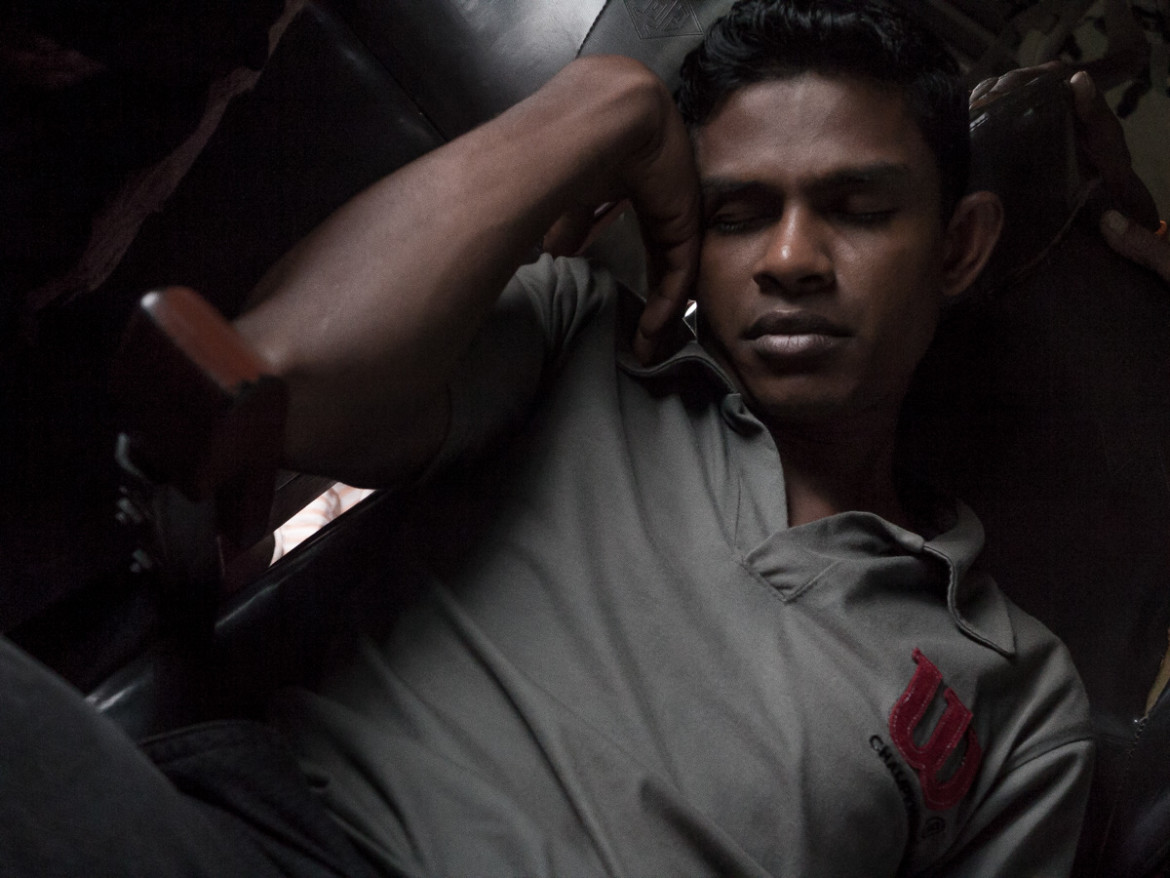 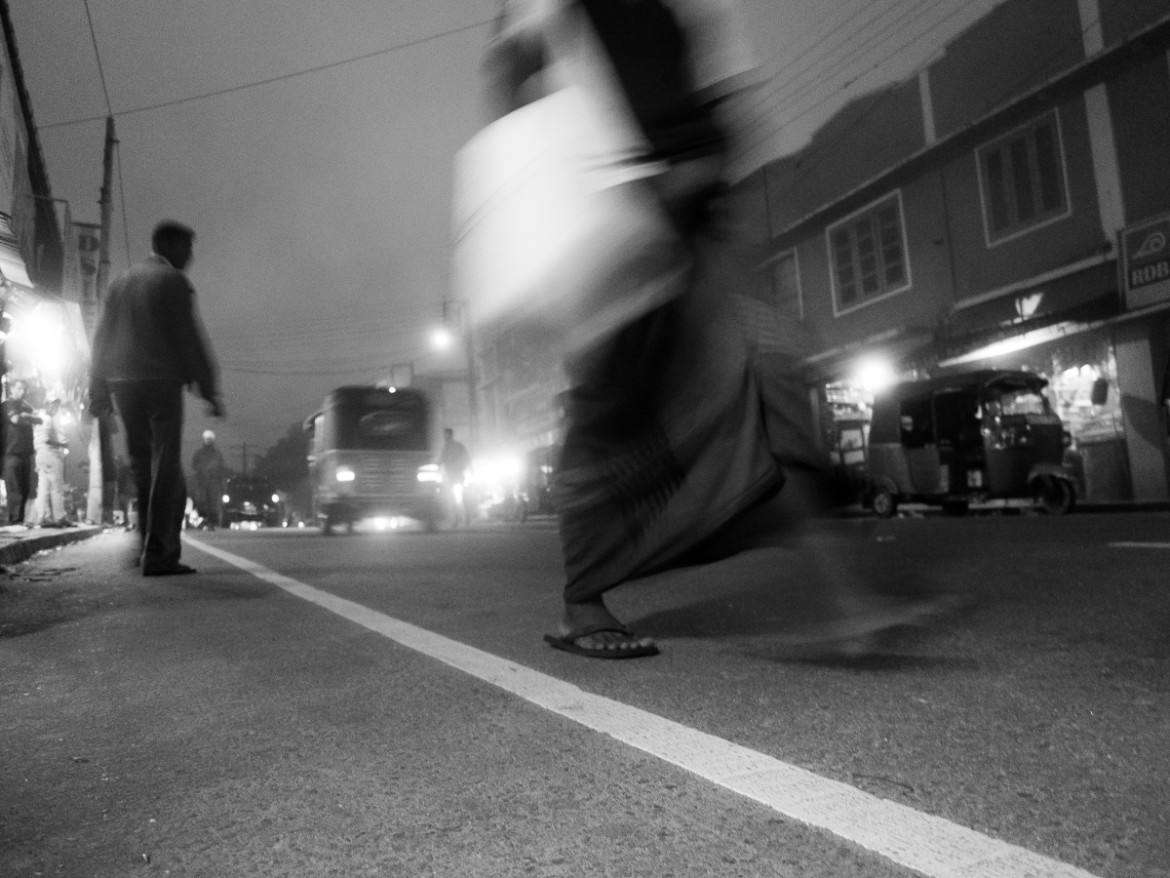 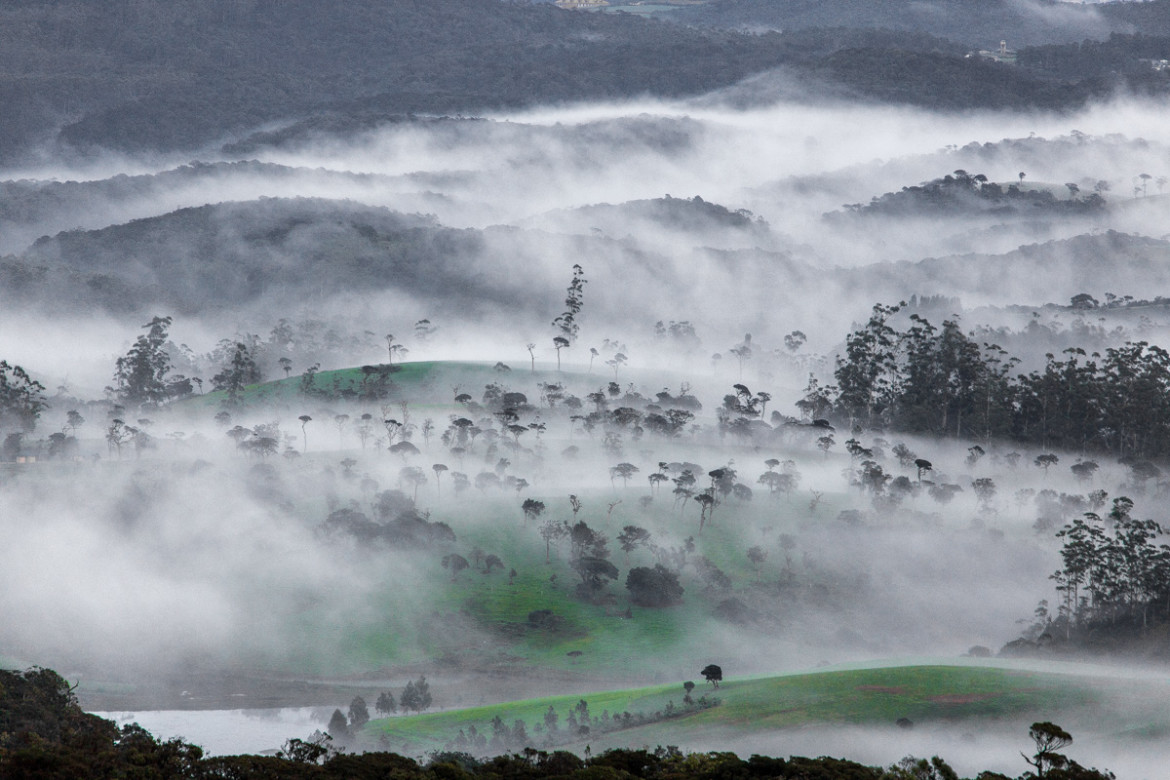 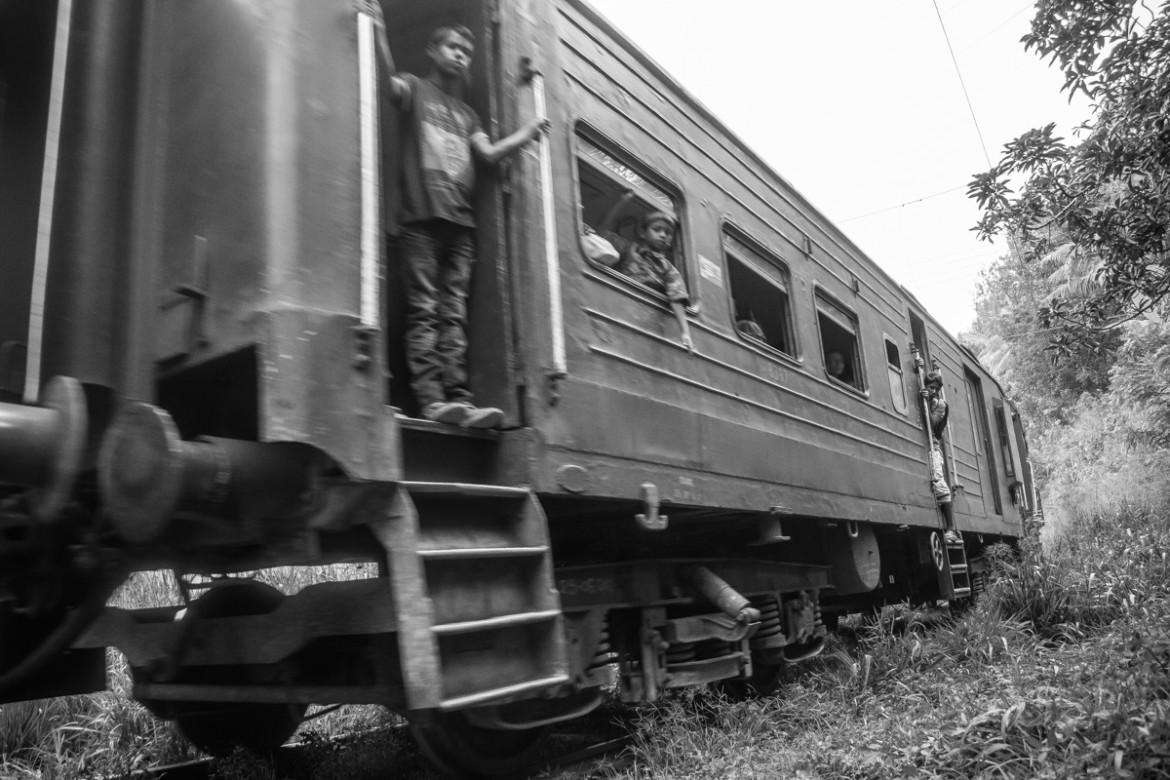 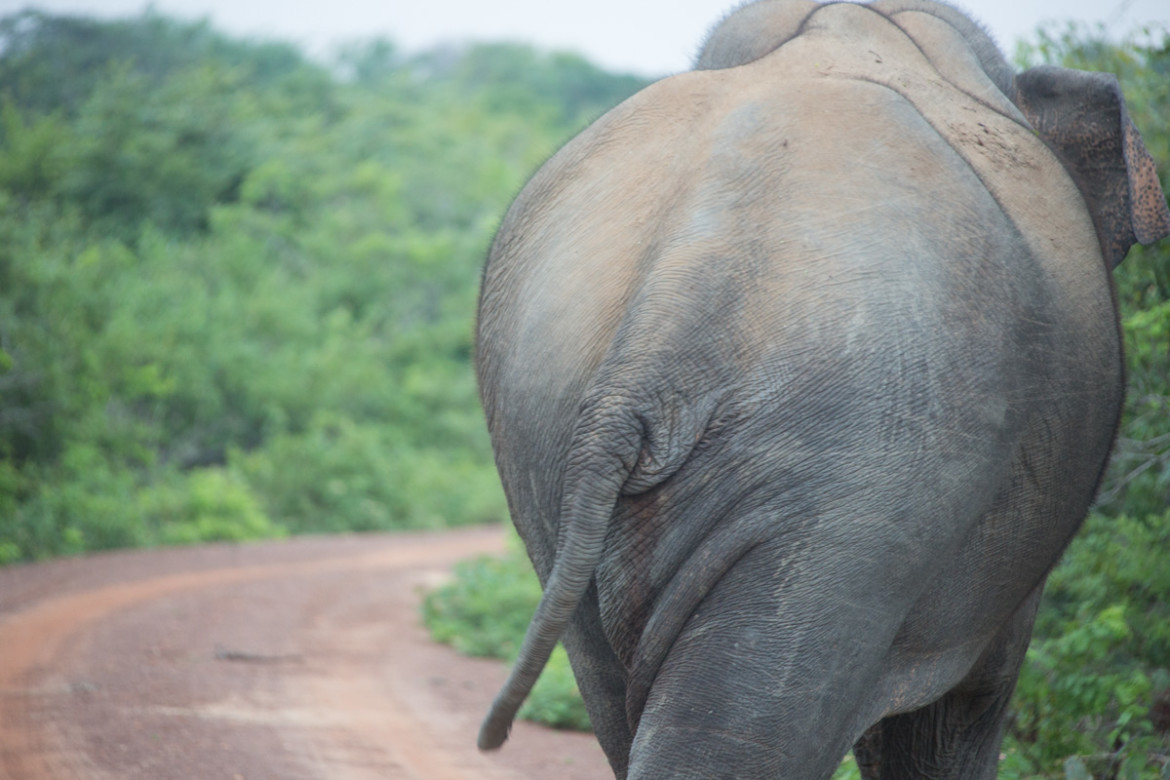 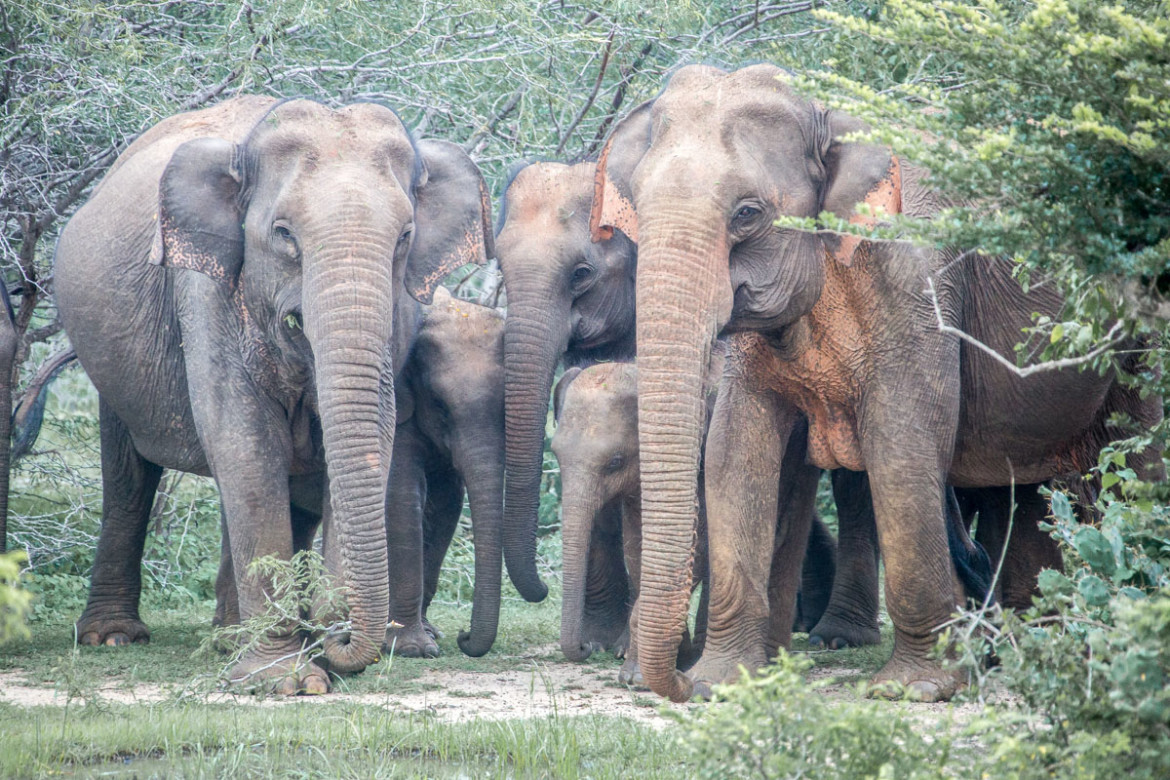 The Sri Lankan elephant (Elephas maximus maximus) is one of three recognized subspecies of the Asian elephant, and native to Sri Lanka. Since 1986, Elephas maximus has been listed as endangered by IUCN as the population has declined by at least 50% over the last three generations, estimated to be 60–75 years. The species is pre-eminently threatened by habitat loss, degradation and fragmentation. Elephas maximus maximus is the type subspecies of the Asian elephant, first described by Carl Linnaeus under the binominal Elephas maximus in 1758. The Sri Lankan elephant population is now largely restricted to the dry zone in the north, east and southeast of Sri Lanka. Elephants are present in Udawalawe National Park, Yala National Park, Lunugamvehera National Park, Wilpattu National Park and Minneriya National Park but also live outside protected areas. It is estimated that Sri Lanka has the highest density of elephants in Asia. Human-elephant conflict is increasing due to conversion of elephant habitat to settlements and permanent cultivation. 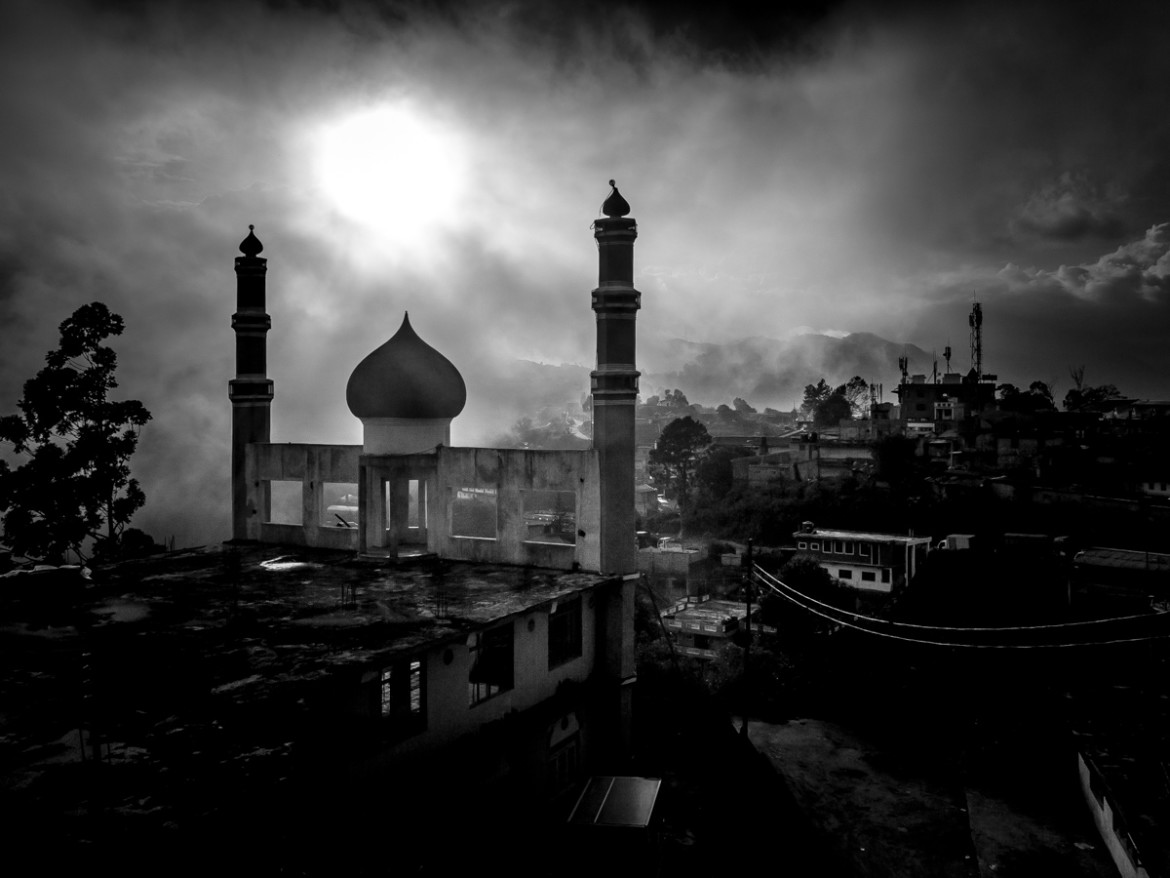 The Indian peafowl or blue peafowl (Pavo cristatus), a large and brightly coloured bird, is a species of peafowl native to South Asia, but introduced in many other parts of the world. The male peacock is predominantly blue with a fan-like crest of spatula-tipped wire-like feathers and is best known for the long train made up of elongated upper-tail covert feathers which bear colourful eyespots. These stiff feathers are raised into a fan and quivered in a display during courtship. Females lack the train, and have a greenish lower neck and duller brown plumage. The Indian peafowl lives mainly on the ground in open forest or on land under cultivation where they forage for berries, grains but also prey on snakes, lizards, and small rodents. Their loud calls make them easy to detect, and in forest areas often indicate the presence of a predator such as a tiger. They forage on the ground in small groups and usually try to escape on foot through undergrowth and avoid flying, though they fly into tall trees to roost. The function of the peacock's elaborate train has been debated for over a century. In the 19th century, Charles Darwin found it a puzzle, hard to explain through ordinary natural selection. His later explanation, sexual selection, is widely but not universally accepted. In the 20th century, Amotz Zahavi argued that the train was a handicap, and that males were honestly signalling their fitness in proportion to the splendour of their trains. Despite extensive study, opinions remain divided on the mechanisms involved. The bird is celebrated in Indian and Greek mythology and is the national bird of India. The Indian peafowl is listed as of Least Concern by the International Union for Conservation of Nature (IUCN). 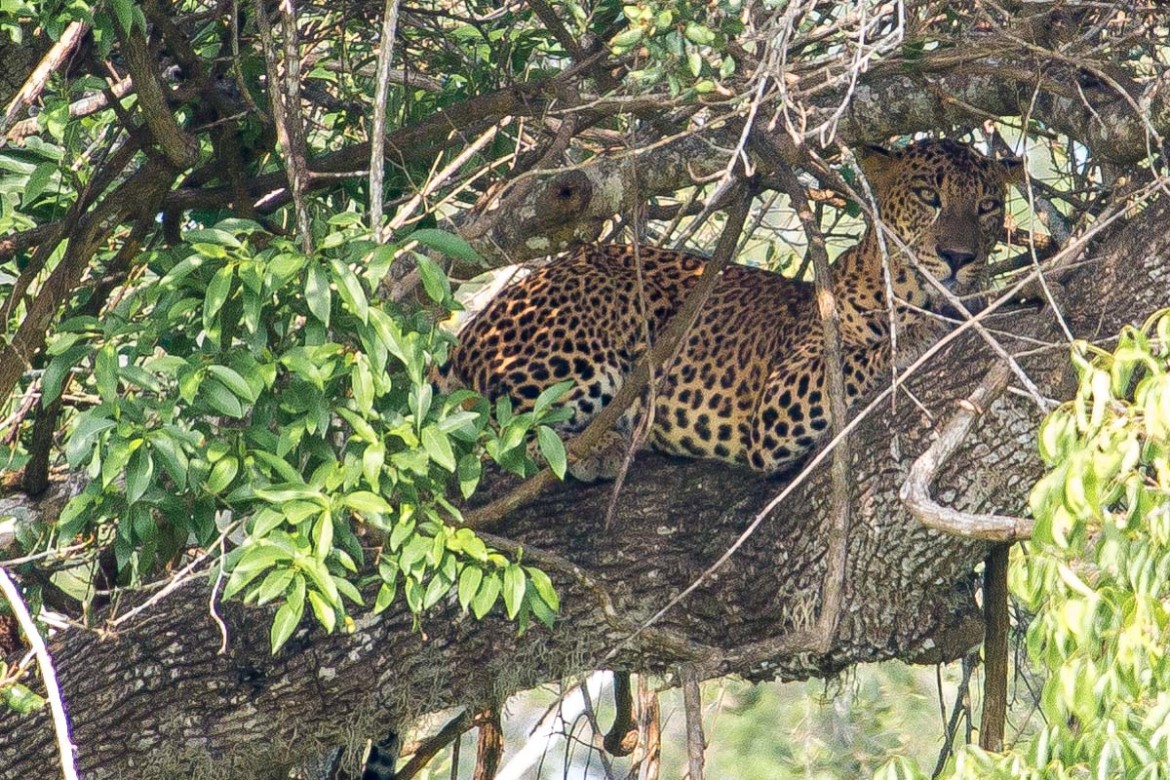 The Sri Lankan leopard (Panthera pardus kotiya) is a leopard subspecies native to Sri Lanka. Classified as Endangered by IUCN, the population is believed to be declining due to numerous threats including poaching for trade and human-leopard conflicts. No subpopulation is larger than 250 individuals.